Valerie Loureda has undergone major changes in her fighting career.

The Bellator prospect has switched things up as she looks to bounce back from her first professional defeat at Friday’s Bellator 271 event in Hollywood, Fla. when she takes on Taylor Turner in a flyweight bout.

Loureda (3-1 MMA, 3-1 BMMA) last fought in May, losing her undefeated record to Hannah Guy in a unanimous decision.

“It was difficult not because I lost, but it was difficult because I lost to someone who’s not better than me,” Loureda told MMA Junkie at Wednesday’s Bellator 268 media day. “I lost to myself. I mean, before that fight. People don’t know this, but my grandpa, I lost him to COVID and had to watch him die through a plexiglass with my Bellator glove on his chest right before that fight.

“And that broke my heart because I couldn’t be there with him and I just thought it was so wrong. A lot of my training I spent time in the funeral and with my mom cleaning up the house, you know, arrangements and stuff. I forced myself to fight because the fans were like putting a lot of pressure on me, because I hadn’t fought since a knockout of the dance. And I’m like that. I always want to grow, grow, grow. But you know, it wasn’t the best moment for me to fight. My mind wasn’t there. I want a rematch at some point with that girl and with Hannah Guy. She’s very nice, but at some point I need a rematch with her because she didn’t fight Valerie Loureda.”

Cris Cyborg open to Kayla Harrison fight, but not chasing it: 'I don't have any problems with Kayla'

It was tough for Loureda to enter her fourth professional fight under those unfortunate circumstances. But although she lost her undefeated record, Loureda doesn’t regret taking the fight despite having a lot to deal with in her personal life.

Loureda underwent major changes in her career following the defeat and she believes those changes will greatly benefit her career.

“Honestly, that loss is the best thing to happen to me because it forced me to change a lot of things,” Loureda explained. “I changed my head coach to Thiago Alves, and I’m so blessed to have him in my corner. I’ve had so much fun this camp. Katel (Kubis) Joanna’s (Jedrzejczyk) coach also has gotten involved with me.

“I’ve been working my wrestling, my grappling, my jiu-jitsu, 80 percent of this camp. I’ve really learned to fall in love with jiu-jitsu. My last loss as an amateur forced me to go to American top team and look at everything I did. And after this loss, I changed my whole camp. I’m a completely different fighter now and my mind’s in the right place.

“I never said I wanted to be undefeated. I said I wanted to be one of the most entertaining fighters in my history, and that’s what I’m here to do. I’m young. I have lost like every other fighter has lost in the beginning of their careers. What’s the big deal, you know? I’m young. People had fun in that fight. I didn’t give up. I showed heart and I’m looking forward to continue my career with Bellator.” 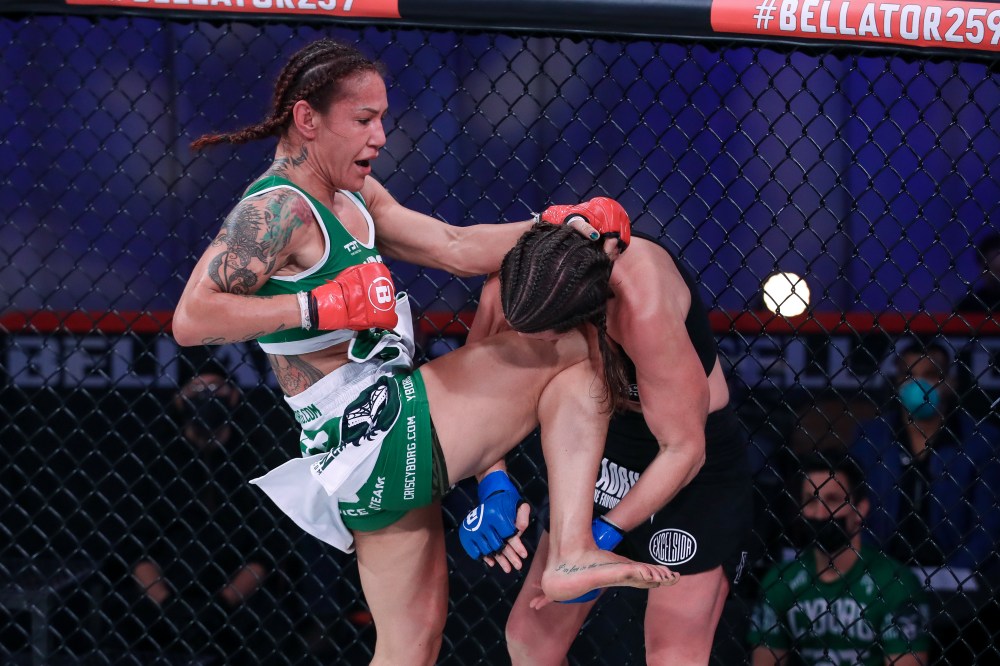 Justin Gaethje explains why Oliveira-Poirier winner is his – Boxing.org

Justin Gaethje explains why Oliveira-Poirier winner is his - Boxing.org