Move up to 205 led to post-UFC resurgence – Boxing.org

ARLINGTON, Texas – Since parting ways with the UFC, Antonio Carlos Junior has been on a roll.

Junior (14-5) picked up three wins to claim the PFL light heavyweight title and $1 million prize last year and kicked off this year’s campaign with a bang.

The Brazilian jiu-jitsu ace made quick work of Delan Monte at 2022 PFL 1 on Wednesday night. He needed just 29 seconds to lock in a D’arce choke, and Junior credits his move back up to light heavyweight as the recipe for his recent success.

“Some things changed in my life, especially my mind and about the body. It was the weight cut,” Junior told MMA Junkie and other reporters post-fight. “I think the weight cut was killing me. I used to cut like 35 pounds, and I think it was too much, especially for me. I’m a grappler, so I cannot lose the power.”

Junior, who won Season 3 of “The Ultimate Fighter Brazil” at heavyweight, spent most of his UFC tenure at middleweight. He was able to amass a five-fight winning streak at one point but was released by the UFC after dropping his last three.

But regardless of whether the UFC would be his home, Junior was always planning on moving back up to 205 pounds.

“My first round is actually not my best one,” Junior said. “At 185 I had to do my best in the first round because I was getting tired too fast, and I talked to doctors, and even if I stayed in the UFC at the time, I would move up to 205. … 205 is truly my division. The guys are stronger for sure, power, but I don’t waste my energy during the weight cut. Now the weight cut is too easy, and I feel even more confident.”

Check out the full post-fight interview with Junior in the video above. 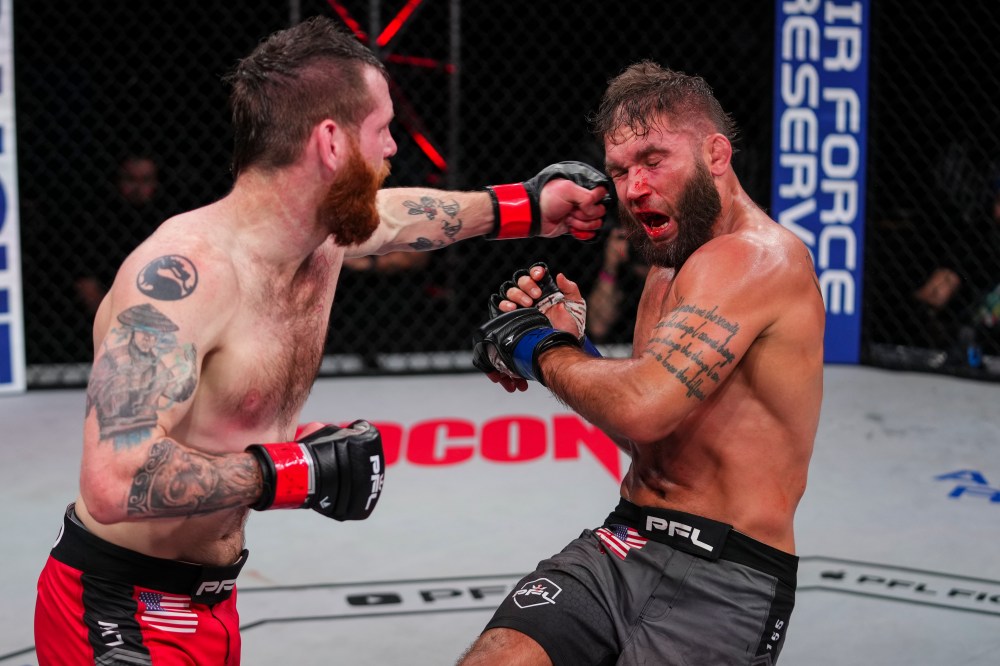