Bellator welterweight champion Yaroslav Amosov continues to fight. Not in the cage, but outside of it as he defends against Russia’s war on his home country of Ukraine.

Amosov (26-0 MMA, 7-0 BMMA) should be defending his title against Michael Page next month at Bellator 281 in London, which he was scheduled to do. However, after evacuating his family to a safe zone upon Russia’s military invasion last month, Amosov withdrew from the bout and returned to Ukraine to resist the invasion.

In a video posted to and translated by the Instagram account @ukr__sport on Saturday, Amosov shared harrowing details on his experience in military combat.

“Our enemies came to Ukraine with weapons and made chaos,” Amosov said. “Me and my friends decided to help defend our country, our city, and we joined the territorial defense of our city Irpin. Russian soldiers bombed houses, killed civilians, raped women. They killed people in cars. People just wanted to leave the occupied territory. They just wanted to live. Many people were sitting in basements for more than a month. When Irpin was liberated, they were given a piece of bread. They wept and gave thanks. They sat without water, without light. They were afraid that someone would come in, and they would be shot.”

The direction of the ongoing conflict is unclear, but Ukraine President Volodymyr Zelenskyy said on Sunday that Russia’s war is far from over and warned against the possibility of Russian President Vladimir Putin initiating the use of nuclear and chemical weapons. The future of the war, Zelenskyy said, could hinge on how well Ukraine resists a new Russian offensive in the eastern part of the country.

In his video message, Amosov said he’s heard privately from Russian fighters who don’t support the war but won’t say so publicly.

“Russian athletes who follow my Instagram wrote to me that they don’t support the ‘military special operation,’ but they don’t express this on their social networks,” Amosov said.

Amosov also told of how he reunited with his Bellator championship belt while on active duty and said the interim title fight between Page and Logan Storley “doesn’t matter.”

“During the first days of the war, my mother stayed at home. But when it became dangerous, I ran to her and persuaded her to leave,” Amosov said. “And when my mom was packing, she hid the belt in the basement. It’s good that she did it, because I was at her house. During the occupation, looters were there and destroyed her apartment. My family is safe. I came to my wife and son. We rested. Now I will return to Irpin.”

He continued, “They made a fight for the interim title. It doesn’t matter to me. I will wait for the war to end and defend my title. I hope we will be able to return to our homes homes, (and) there will be peace on our land. The sun will shine, we will smile, and everything will be fine.” 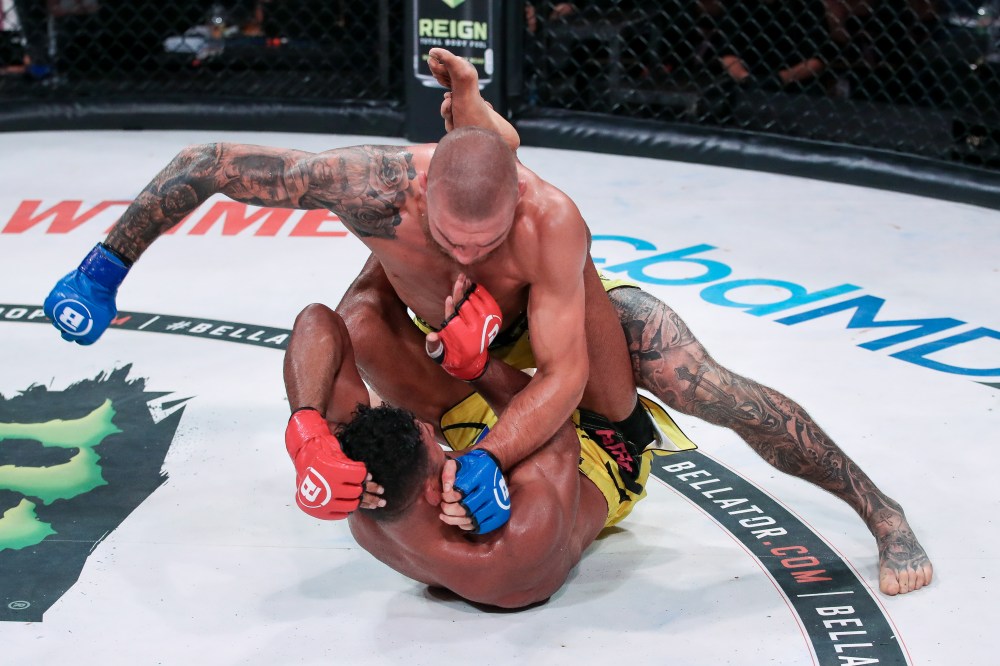 Next up for Belal Muhammad, Vicente Luque? – Boxing.org