LAS VEGAS – Martin Buday walked out of the octagon victorious on Saturday night, but should he have?

That was the question being asked by many after Buday won a technical unanimous decision against Chris Barnett at UFC on ESPN 34. Buday’s performance wasn’t the issue as he was firmly in control for two-plus rounds, but the fight-ending sequence wasn’t without controversy.

With control of Barnett (22-8 MMA, 1-2 UFC) in a standing position against the fence, Buday (10-1 MMA, 1-0 UFC) threw an elbow (possibly of the 12-6 variety) that landed on the back of Barnett’s head and dropped him to the mat. Referee Dan Miragliotta stepped in to give Barnett time to recover from the illegal blow. After the doctor examined Barnett, the fight was called off.

The only question was whether the illegal elbow was considered intentional or accidental. According to Miragliotta, it was accidental and therefore went to the judges’ scorecards. Had Miragliotta deemed it intentional, which is how a lot of people viewed it, Buday would’ve been disqualified.

He’s relieved that he wasn’t.

“I’m not so much happy with the ending, so it was like accidental – accidental hit,” Buday told reporters, including MMA Junkie, backstage at the UFC Apex. “But everything went by the game plan that we chose with the team. So I’m happy.”

Buday continued, “It was a hard elbow, yes.”

Even though Buday was certain of his own intent, he admits he was worried about losing by DQ.

“Yes, definitely,” Buday said. “But as I said, it was an accident. It was not on purpose to hit him on the back of the head. So I’m happy to end (with a win).” 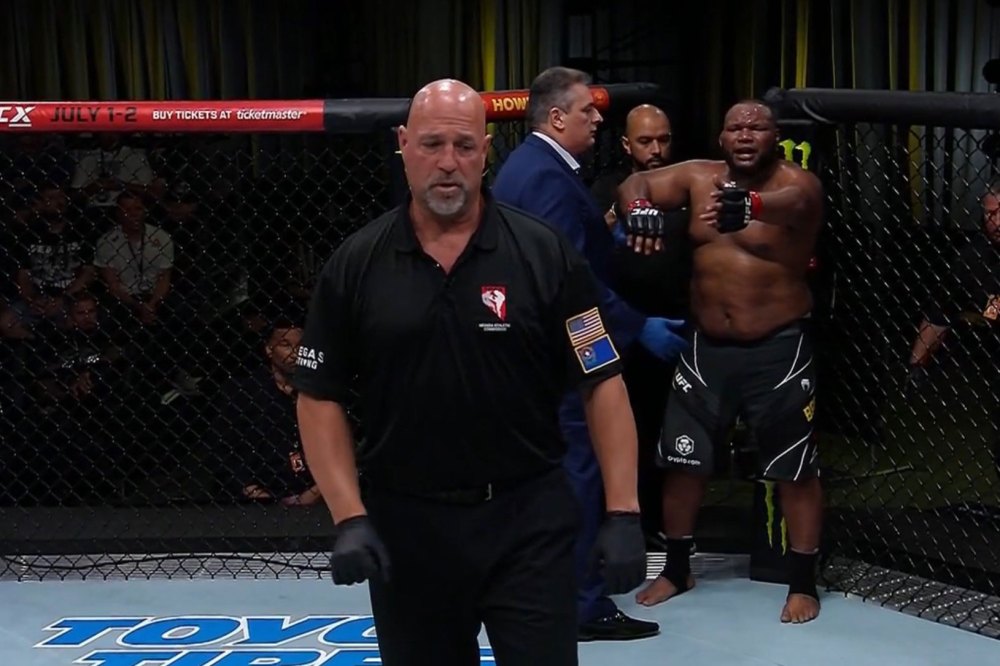 Fight Week: Tyson Fury, Dillian Whyte to do battle in front of 94,000 at Wembley – Boxing.org

Fight Week: Tyson Fury, Dillian Whyte to do battle in front of 94,000 at Wembley - Boxing.org