LAS VEGAS – It took a while for Maheshate to get into his flow Tuesday at Dana White’s Contender Series 46, but when he did, he was able to display his full striking arsenal.

Maheshate (6-1) became the first Chinese fighter to secure a UFC contract on the Contender Series when he defeated Achilles Estremadura in the featured bout at the UFC Apex.

In what was a wild affair to cap off the night, Maheshate got into his groove in Rounds 2 and 3 by throwing an array of strikes, from flying knees to elbows. The 21-year-old showed maturity by making the necessary adjustments to win the fight, and there were no signs of being affected by the big stage.

“Definitely no pressure on me,” Maheshate said during the DWCS 46 post-fight news conference. “When I landed in Las Vegas, I was definitely very pumped up, I was very excited, and I wanted to get into the cage as soon as possible. No pressure at all.”

He continued, “There were no nerves. Just like I said I was very excited and pumped up when I landed in Las Vegas. … I was just a slow starter, so in the first round I still didn’t get into my rhythm as soon as possible.”

To see the full interview with Maheshate, check out the video above. 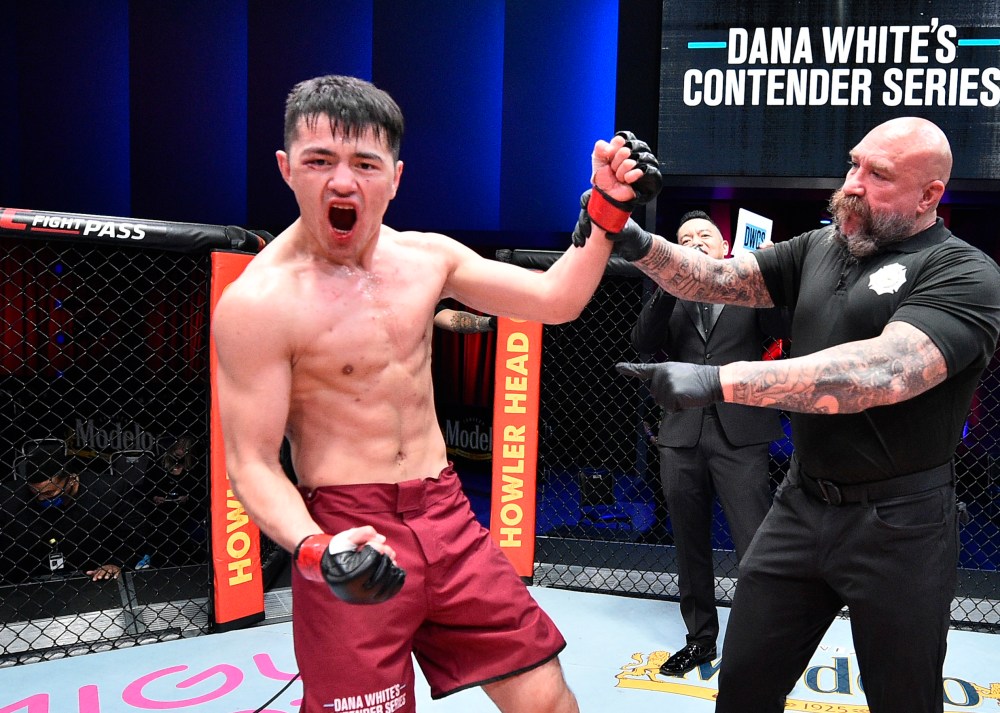