Magomed Ankalaev wants to see if anyone will call him out – Boxing.org

Magomed Ankalaev continues his ascent in the light heavyweight division with eyes set on the title.

Kicking off the main card of UFC 267, Ankalaev (16-1 MMA, 7-1 UFC) took on former title challenger Volkan Oezdemir, hoping to keep his impressive win streak alive. After 15 minutes of fighting, Ankalaev earned a unanimous decision nod from the judges, extending his streak to seven in a row.

“In general, a win is a win, and I’m happy,” Ankalaev told reporters in Russian through a translator at the UFC 267 post-fight news conference. “There was a mistake in the first round. My coach always keeps telling me don’t go with him in the close exchanges. I did that and he hit me. So after that, I kept following my plan.”

Oezdemir (17-6 MMA, 5-5 UFC) was no push-over for Ankalaev, as the Swede landed a few big punches in the fight. However, after making a few adjustments, Ankalaev was able to stay with his original gameplan and pick apart his opponent on his terms en route to the decision win.

When asked who he wanted to fight next, Ankalaev reiterated his main objective, while putting the onus on others in his division. “My goal is the title,” Ankalaev said. “Let’s see if someone is going to call my name.” 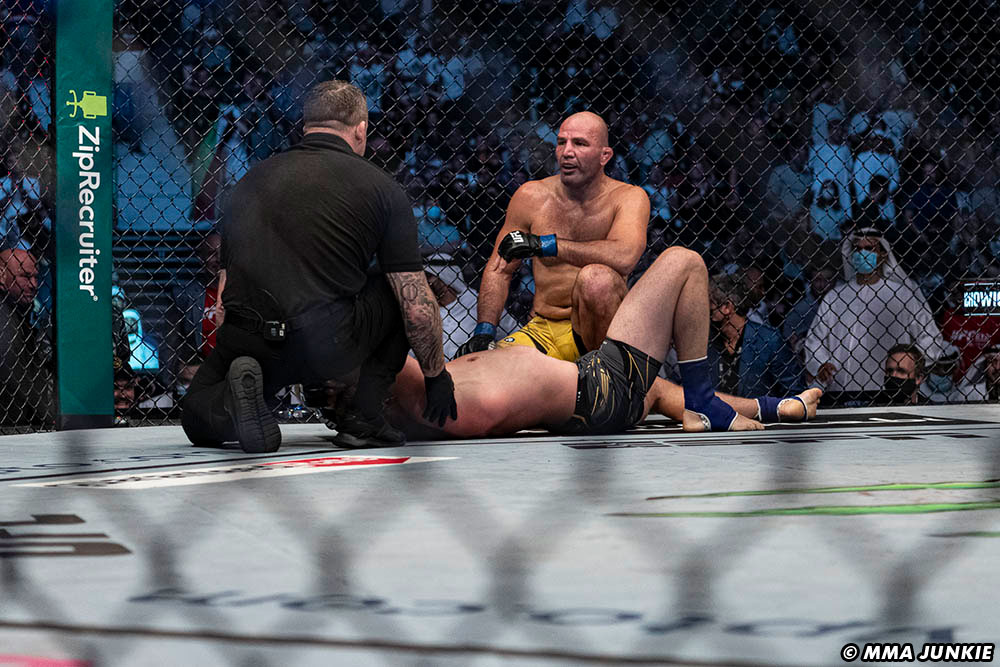