There were two great stories at the top of the card Saturday, but a fight on the prelims is the one that nearly stole the show – for the wrong reasons.

Elizeu Zaleski dos Santos (23-7 MMA, 9-3 UFC) lit up Benoit Saint-Denis (8-1 MMA, 0-1 UFC) to such an extent in the second round of their welterweight fight at UFC 267 that members of the broadcast team forgot all about the fact they were on the air and were yelling for the referee to stop the fight.

But Vyacheslav Kiselev kept things going, inexplicably given dos Santos had done plenty to get a stoppage. And in the third round, he had two more odd moments when Saint-Denis was poked in the eye and said he couldn’t see, but a doctor never was brought in. And late in the fight, Saint-Denis took a knee to the groin, and Kiselev took a point from dos Santos, apparently without warning.

Kiselev is a former fighter from Russia who went 0-4 in his pro career from 1997-2003. He lost all four of his fights by first-round stoppage, and none of his fights lasted longer than 2:02.

Kiselev was a referee at UFC Fight Night 163 in Moscow in November 2019 and UFC Fight Night 149 in Saint Petersburg, Russia, in April 2019. But if dos Santos had it his way, Kiselev might not ref in the UFC again.

“There were at least two or three moments where it was very clear the ref should have stopped it,” dos Santos said through a translator at the UFC 267 post-fight news conference at Etihad Arena in Abu Dhabi (via MMA Fighting). “He ended up making the fight a lot tougher than it should have been. I’m just sorry for the guy because he ended up getting hurt a lot more than he should have been – and myself included because when you’re beating someone up, you’re getting hurt, as well.”

Dos Santos said he and his team told UFC medical staff after the fight that they took issue with Kiselev’s officiating – and that was before they knew he had been removed from the second fight he was supposed to look after: Magomed Ankalaev vs. Volkan Oezdemir to open the main card.

“We didn’t know he had been removed (from his other fight yet), but we did talk about it with the doctors and the medical staff that he just didn’t do a good job there. He was putting people in danger,” dos Santos said.

Dos Santos said going the distance to beat Saint-Denis, a former member of the French military’s Special Air Service unit, wasn’t ideal, particularly because it seemed to clear to most observers he should’ve had a second-round TKO.

But he said going the full 15 minutes after being on the sidelines for 13 months will have other impacts for him.

“As upset as I should be because of what the referee did, I was able to leave everything in there,” dos Santos said. “It was a whole year – actually more than a year – after surgery. I was coming from a fight I believe I won, and was taken from me by the judges, and I was able to go in there and do everything for 15 minutes, nonstop. I feel relieved.” 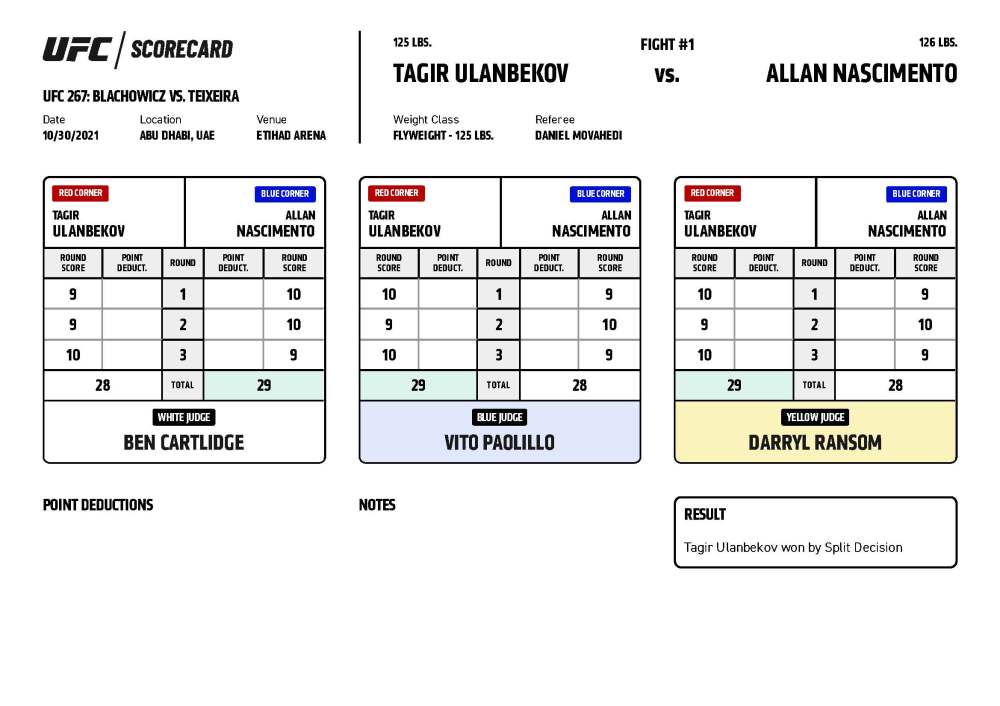