Kevin Holland on head conflict incident: ‘I don’t bear in mind something’ – Boxing.org

LAS VEGAS – Kevin Holland’s bout on Saturday night time certain had a memorable ending, however maybe not for him.

The choice took place after Holland (21-7 MMA, 8-4 UFC) and Daukaus clashed heads by chance within the first spherical of their contest. The incident led to Holland getting badly rocked, falling face-first to the canvas, after which submitted by Daukaus moments later.

It was an unlucky incident to a battle that was simply beginning to unfold. Holland says he has little or no recollection of the incident.

“I don’t remember anything,” Holland advised reporters on the UFC Fight Night 193 post-fight press convention. “I felt myself hit the ground and all the sudden I felt him on my back. So whatever happened in between that, that’s just goodwill and God-given.”

Holland feels the subsequent transfer is to re-book the battle given the circumstances of the bout. Holland hopes to get the rematch, as he feels there’s unfinished enterprise with Daukaus.

“Sh*t, if Johnny Walker would’ve gotten hurt tonight, I would’ve gone to 205 and run it back with Thiago (Santos). I’m that guy. If he wants to go somewhere else, that’s because he felt the head-butt was the best thing that could’ve happened to him. I got respect for Kyle, Chris and the Daukaus family, but the fight game is the fight game and I don’t feel like it’s over.”

Watch the complete post-fight interview with Holland within the video above.

Twitter reacts to Kyle Daukaus vs. Kevin Holland no contest after conflict of heads at UFC Fight Night 193 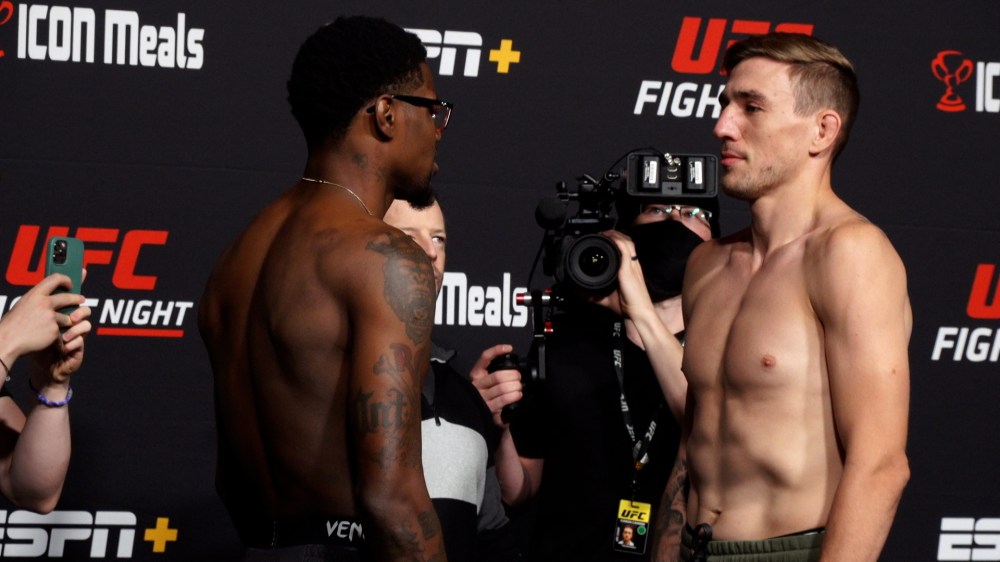