NEW YORK – UFC welterweight champion Kamaru Usman respects Colby Covington as a competitor, but not as a person.

The two top welterweights have been trading barbs for years, but after their epic title fight at UFC 245, Usman (19-1 MMA, 14-0 UFC) says his perception of Covington has changed ahead of their highly anticipated rematch at UFC 268 on Saturday.

“It’s changed a lot because I actually grew a little bit of appreciation for the guy,” Usman said at Thursday’s press conference. “I appreciate everything that he does, everything that he comes with. I love it because it’s another challenge for me to get over and at this point in life, at this point in my career, I look forward to those challenges. On Saturday night, I’ll do what I do best and that’s smash another challenge.”

Covington (16-2 MMA, 11-2 UFC) pushed Usman to the brink in their first fight, in which one judge had him up 3-1. But Usman was able to score the late finish and Covington has been chomping at the bit to run things back ever since.

But Usman has flourished since then. The “Nigerian Nightmare” went on to score another three wins and two knockouts over Gilbert Burns and Jorge Masvidal, showing off new wrinkles to his striking game.

Unlike any other fighter, Covington was able to take multiple rounds off the champion, but Usman doesn’t see the NCAA Division-I wrestler as his biggest threat.

“I wouldn’t say he’s the most difficult matchup,” Usman said. “I would say that he is very, very talented. I give him props. He’s very, very talented, he works hard and he comes to fight each and every time. But like I’ve said before, in the era where he existed, he has to live with the fact that somebody was there that was better.”

Covington gave his best effort to make things personal at the press conference by bringing Usman’s family into their rivalry, but despite all that, Usman wouldn’t be opposed to shaking his hand at the end of the fight.

“As a competitor, absolutely,” Usman said. “After I break the other part of his face, absolutely, I’ll shake his hand – If he’s still in the cage and not run away like he did last time.

“I love what he brings to the table. He pushed me last time, and I expect that from him this time. But as a person, he’s a rotten piece of sh*t, and I can’t believe his father let him put this persona on.” 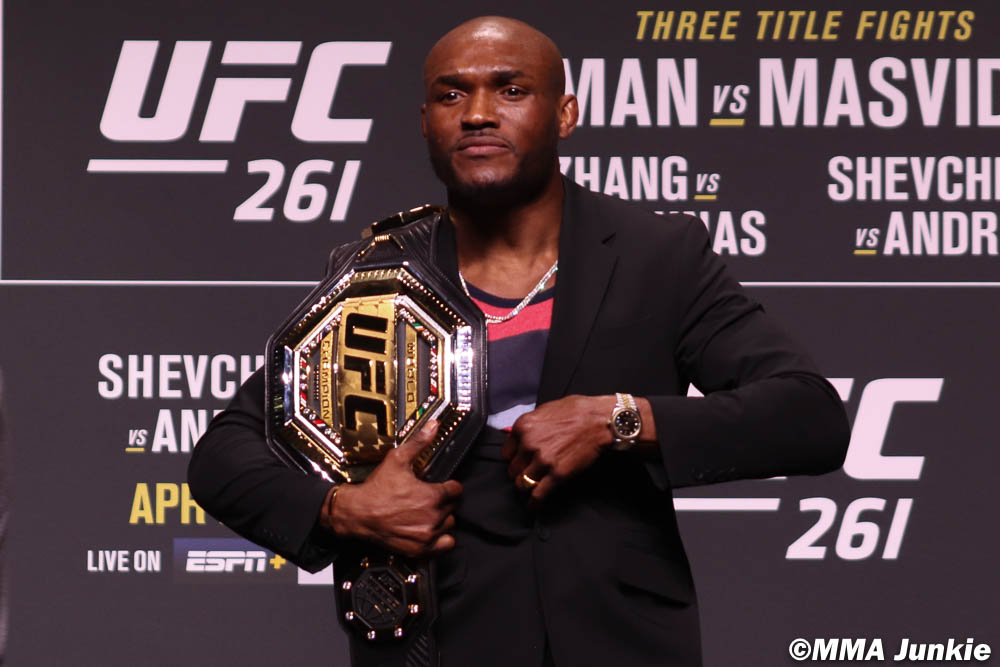