Jose Aldo returns to the octagon Saturday at UFC on ESPN 31 and will attempt to make a big leap forward in the bantamweight title picture in a main event clash against Rob Font.

Aldo (30-7 MMA, 12-6 UFC), the former longtime UFC featherweight champion, has started to gain momentum since dropping to 135 pounds with back-to-back victories heading into the fight with Font (19-4 MMA, 9-3 UFC), which takes place at the UFC Apex in Las Vegas and airs on ESPN.

The most recent of those wins took place at UFC 265 in August, when Aldo picked up a unanimous decision over Pedro Munhoz after three rounds of tactical battle.

Aldo displayed a sharp striking game and measured defense throughout the course of 15 minutes to earn a trio of 30-27 scorecards over his fellow Brazilian, and it set him up for a big fight with Font.

The UFC has released the full video of the Aldo vs. Munhoz fight in advance of UFC on ESPN 31, and you can watch it above. 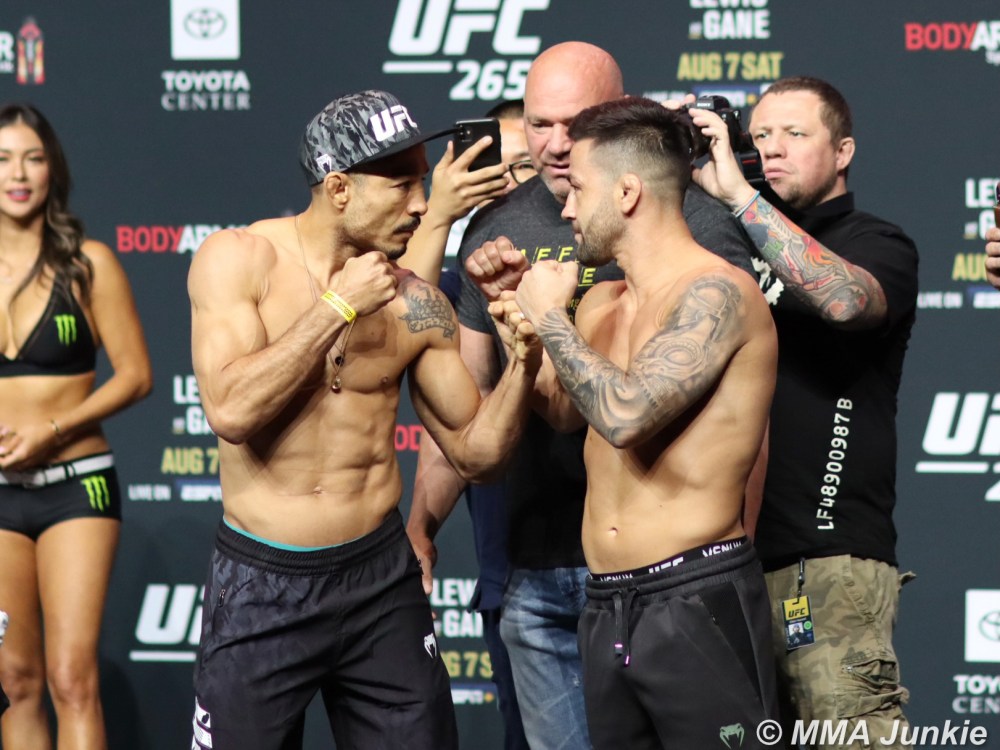