Jermell Charlo wants to leave no doubts in rematch with Brian Castano – Boxing.org

Jermell Charlo and Brian Castano fought to a draw last July in a much-anticipated showdown that was supposed to have crowned an undisputed junior middleweight champion.

Charlo doesn’t want the judges to have a say in the matter when they meet again on May 14 in Carson, California.

“I want to knock this guy out,” he said. “This is the Jermell from earlier, back when I was fighting four-rounders and I was trying to end those fights. I want to be that guy for 12 rounds now. …

“I’m locked in a little bit different this time,” he went on. “I’m more dedicated than I’ve ever been. I’m hungrier. I don’t know what’s next after this opportunity in my life and I’m glad that God gave me the opportunity to face the same guy and just put on a better performance.

“This is about me being the best Jermell Charlo.”

Charlo (34-1-1, 18 KOs) has been one of the most successful 154-pounders of his generation, reigning twice as a world titleholder.

However, becoming an undisputed champion would arguably make the 31-year-old Texan one of the most accomplished junior middleweights of all time.

“This is one of the achievements a fighter can have – to fight to be undisputed – so I’m going to enjoy this moment and I’m going to have fun when I’m in there on May 14, five days before my birthday,” he said.

“I’m ready to win this fight impressively. I hope I get the judges who really understand boxing. Everyone is used to me knocking everyone out that when I don’t knock someone out, it’s an issue.”

He went on: “Once the story is written and the book is finished, everyone’s going to come back and say that Jermell Charlo did a really good job at 154. I held it down. I’m proud of what I’ve done in the division, but I have to get Castano out of the way. 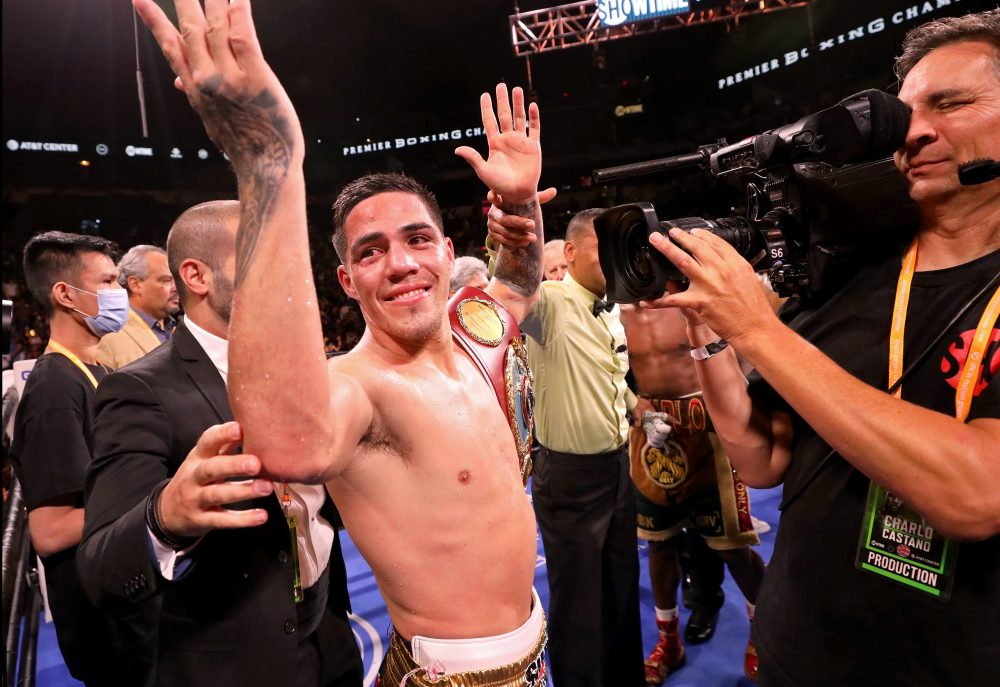 PFL season as ‘the hardest sport event in MMA’ – Boxing.org

PFL season as ‘the hardest sport event in MMA’ - Boxing.org