Figueiredo (13-4-1 MMA, 2-1 UFC) submitted Daniel da Silva with a kneebar this past Saturday at the UFC Apex and became the first flyweight in company history to do so.

The brother of UFC 125-pound champion Deiveson Figueiredo explained that he didn’t expect da Silva to shoot on him, but he was ready for that position.

“He surprised me with that takedown to start the fight,” Figueiredo told MMA Junkie at a post-fight news conference. “And I basically tried to work up his body and just try and get an armlock there. When he tried to put posture and actually just get settled, that’s when the leg came up and I was able to basically get it done. As soon as he tried to settle, he just left the guard open on that leg.

“We worked on that drill a lot. I could identify it. I saw the position. When I noticed that there was position to go in, I just basically invaded with the knee and grabbed him and it was a drill that we worked on and it paid off.”

Figueiredo notched his second octagon win and wants to run things back with Malcolm Gordon, who defeated him via unanimous decision last July.

“(I want) Gordon, because I want to get that back,” Figueiredo said. “I want to make sure that I run it back and there’s some revenge there. I wasn’t comfortable with that loss. I want to give it a try.

“There was actually an injury that happened. I had to get surgery on my shoulder. The tip of the bone of the shoulder, I broke it at the start of the fight, and there were some mistakes, as well, during the fight that I feel I wouldn’t make now.”

Check out Figueiredo’s full post-fight interview in the video above. 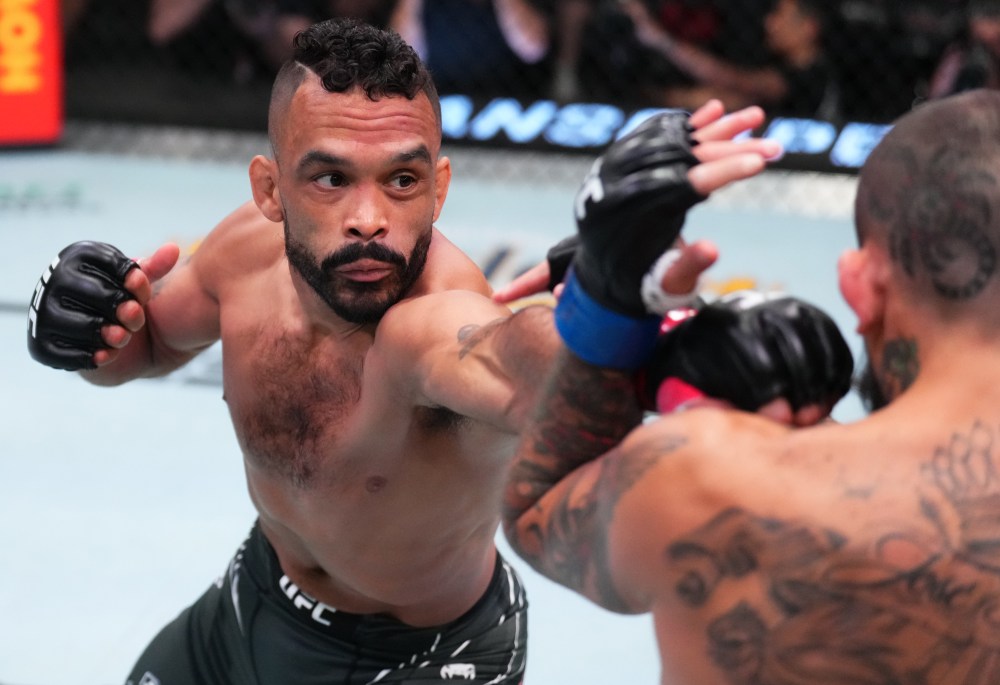 Conor McGregor’s return should be vs. this welterweight – Boxing.org

In the wake of fight fixing claims, Eddie Hearn has filed a lawsuit against Jake Paul for over $100 million

Conor McGregor’s return should be vs. this welterweight - Boxing.org