For both them, it’s a chance to enhance their legacies and take a step toward bigger and better things.

Spence and Ugas will face off for three of the four major welterweight titles on pay-per-view Saturday at AT&T Stadium in Arlington, Texas, Spence’s backyard. Terence Crawford wears the fourth belt, the WBO version.

“When people say I can’t do this or I can’t do that, I prove them wrong every time,” Spence said Thursday afternoon at the final news conference before the fight.

“I am the same guy I was before the accident and the injury. I feel like I’m better than that guy that fought Shawn Porter or Danny García.”

He traveled to England to win his IBF title, stopping Kell Brook in 11 rounds in May 2017. He successfully defended three times before adding the WBC belt to his collection by outpointing Shawn Porter in the 2019 Fight of the Year.

Then disaster struck, a horrific one-car crash in Dallas in October 2019. He was hospitalized but was fortune to have suffered no serious injuries.

He bounced back to easily outpoint Danny Garcia in December 2020, his first and only fight post-accident. Then he had to pull out of a lucrative showdown with Pacquiao last August because of the eye injury.

Ugas (27-4, 12 KOs) stepped in and stunned the world by taking down the Filipino icon to claim the WBA title.

Spence, 32, seems to be as motivated as ever in light of the obstacles he has had to overcome and the goals he has set for himself. And he’s particularly excited about fighting at the home the Dallas Cowboys a third time.

“This is my house. This is my hometown. I love the Dallas Cowboys to death. I love AT&T Stadium, and I appreciate them giving me the hospitality and making this my home. Come Saturday night, I’m going to win another championship in the home of the Cowboys.”

Meanwhile, Ugas, reared in the Cuban amateur system, was a late bloomer as a professional.

He walked away from the sport for more than two years after losing back-to-back fights to Emanuel Robles and Amir Imam in 2014 but returned with a vengeance, handily outpointing Jamal James in 2016 and never slowing down afterward.

His only setback in his comeback was a disputed decision against then-titleholder Porter in 2019. He’s coming off a decision over Abel Ramos in September 2020.

“People know my story by now,” Ugas said. “I came back from being 15-3 back in 2016 and ever since then, I have established myself as part of the elite in this division. If he’s the big fish, I belong in that same tank because I’m willing to swim with the big fishes whenever, wherever.

“I have been willing to do whatever it takes to get to where I am right now. I promise you blood, sweat and everything that I have to give for my country and for my fans.” 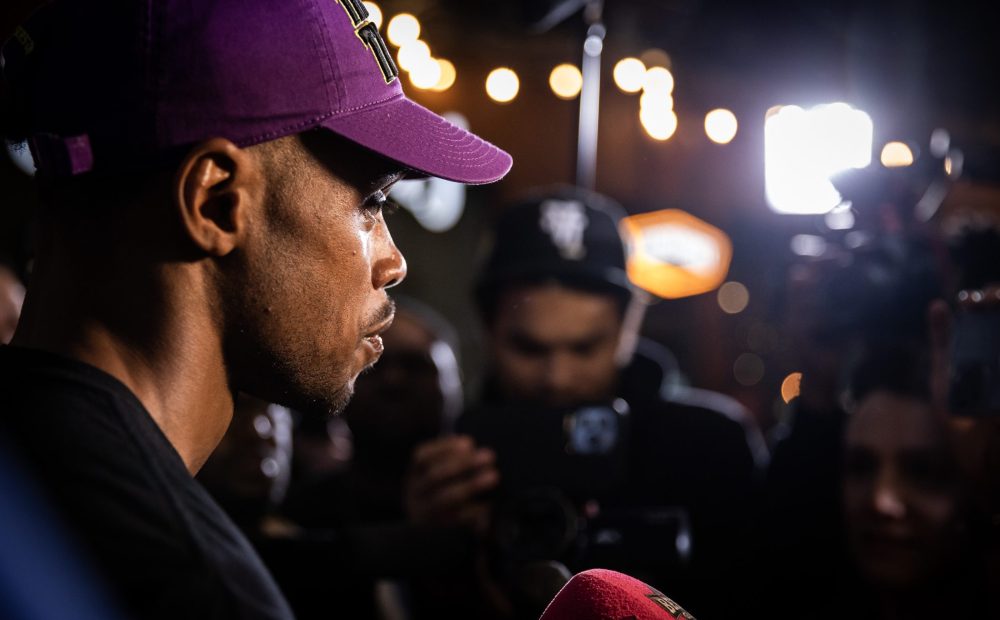