Darren Till ‘not motivated by fame or money,’ just wants win

LAS VEGAS – Darren Till appears to have the right type of driving force behind him going into Saturday’s UFC 282 showdown with Dricus Du Plessis.

Till (18-4-1 MMA, 6-4-1 UFC) will attempt to avoid the first three-fight losing skid of his career when he meets Du Plessis (17-2 MMA, 3-0 UFC) in a key middleweight bout, which takes place at the T-Mobile Arena and airs on pay-per-view following prelims on ESPN2 and ESPN+. It’s a hugely important fight for the Brit, who has not been able to put the right pieces together to get his hand raised since November 2019.

It’s been more than three long years since Till won a fight. That stretch has come with a lot of hardship, but Till said he’s always kept a positive mentality, and thinks he’s in the right spot to change his fortunes this weekend.

“It’s a little bit of the downs and lows,” Till told MMA Junkie. “It’s hard to explain what a fighter thinks about stuff like this, then when he’s on a high. I have fought the best fighters there is to fight in the world. So, does that put me at the elite? Yes, it does. You get beat and you’re still elite, of course. But you get beat, of course. It’s been rough and tough.

“Everything I put into this camp and I put everything into this training, as I always do. I can only go out there Saturday night and perform and stay true to my word what I said to myself all those years ago. I’m not motivated by fame or money. I’m motivated by something totally different. So I’m just going to go out there and have a good fight.”

In an attempt to change his results, Till took his training camp to Thailand for UFC 282, leaving just one day after the birth of his daughter. He said it’s been an effective change, because he’s worked with the likes of Marvin Vettori and other high-quality partners in the weeks leading up to the event. It was a grueling camp, he said, but Till vows he’s cut no corners in the process.

“I’ve been super laser focused on everything from diet to sleep to recovery,” Till said. “People who’ve been with me, they’ve been there for a reason. … I’ve got to be ready for a guy like Dricus. He’s a tough old cookie and he’s f*cking coming to take some heads off.”

Till is confident he’s got the right matchup to get him back on track in Du Plessis, who is a dangerous finisher in both knockouts and submissions. Du Plessis gave Till a backhanded compliment at UFC 282 media day, stating that his opponent is among the best when he’s firing on all cylinders, but extremely beatable when he’s not.

That assessment isn’t exactly incorrect, Till said, and he expects to be in his best form come fight night. If that happens, Till doesn’t think he’ll need all three rounds to get the job done.

“I do believe if I touch him up a few times I’m going to get the knockout. But I can’t get too reckless, I can’t do an Izzy or something. That’s the path.”

Photos: Best of Darren Till 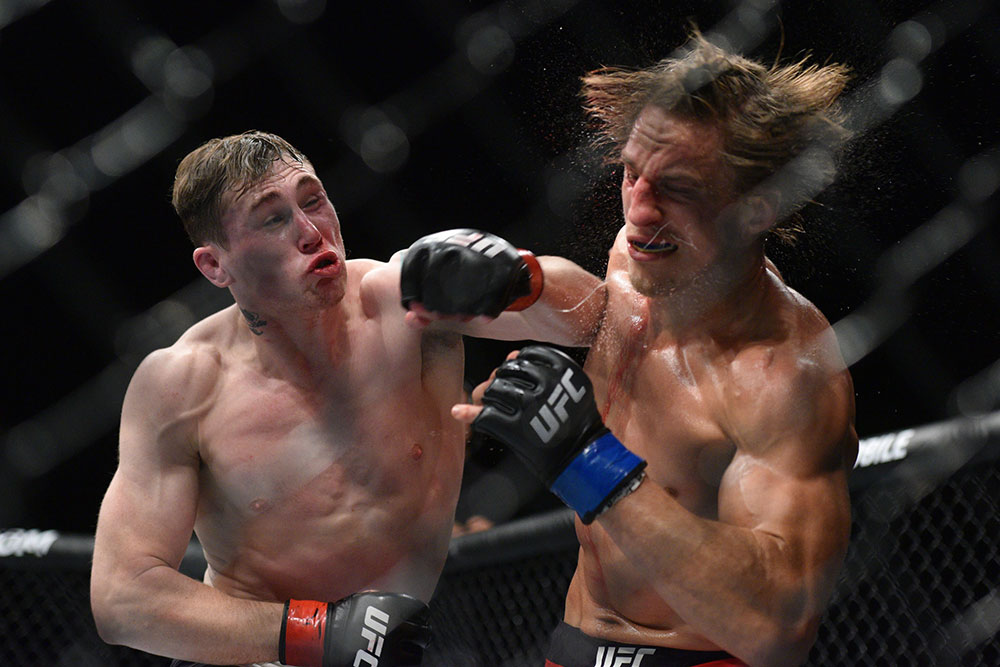