Daniel Kinahan praised by UFC’s Mounir Lazzez after win – but why? – Boxing.org

LAS VEGAS – UFC on ESPN 34 winner Mounir Lazzez had just been interviewed by Daniel Cormier inside the octagon, and while Cormier was ready to end it, Lazzez still had more to say.

He even went out of his way to grab the mic so he could say it.

“I would love to thank my coaches and my brother, Daniel Kinahan,” Lazzez said. “Without him, I would never be the man that I am today and to my career to this point. Thanks a lot.”

It was a curious choice of words in a UFC cage and with a nationally televised ESPN audience watching.

Kinahan, 44, is a suspected Irish mobster from Dublin wanted by the U.S. government. On Monday, the Treasury Department announced that it has imposed sanctions on Kinahan and other key members of the Kinahan Organized Crime Group, which is alleged to partake in narcotics trafficking, money laundering, firearms trafficking, and murder.

The Treasury Department also is offering a reward up to $5 million for information leading to the arrest of Kinahan, who’s become a major figure as a boxing promoter through MTK Global, with a roster that includes Tyson Fury, Terence Crawford, Josh Taylor, and more. 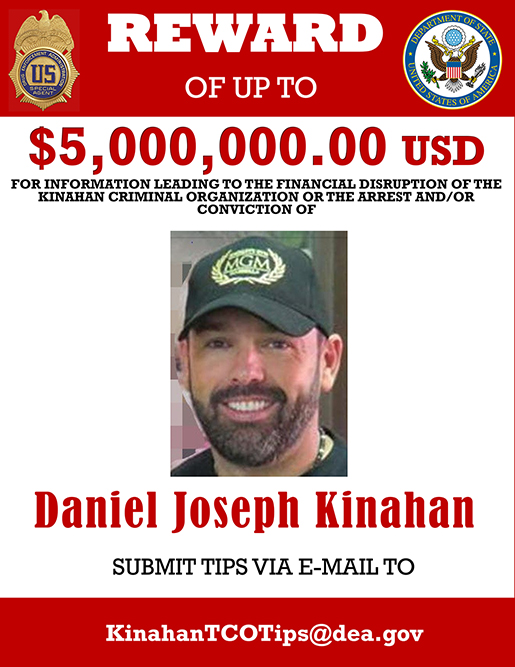 “That man is a friend and adviser,” said Lazzez, who is represented by MTK Global. “He’s the one who picked me up every time that life kick me down. He’s a real man of his word. He’s the one who teach me what does it mean, family, a real friend. It’s someone I cannot thank him enough for what I am today and who I am today. He teach me the real manner. He teach me how to be responsible in my family and my friend. That’s why I said that, all the credit and shoutout to him.”

When asked if he was aware of the sanctions placed on him five days earlier, Lazzez said, “No, I don’t know that.”

As earnest as Lazzez was to thank Kinahan inside the cage, it became evident he didn’t want to discuss things further as the line of questioning continued.

“I think I’m here to entertain people, and I give the credit to whoever deserve credit,” Lazzez said. “I’m not involved in this kind of stuff. I don’t know about, and I will investigate how it is and how it goes. …

“I don’t follow really this kind of news. I focus on the sport, I focus on my family, I focus in entertain people, and that’s most important.”

Lazzez’s controversial remarks came after he scored a unanimous decision win over Ange Loosa to move his overall record to 11-2 and UFC mark to 2-1. 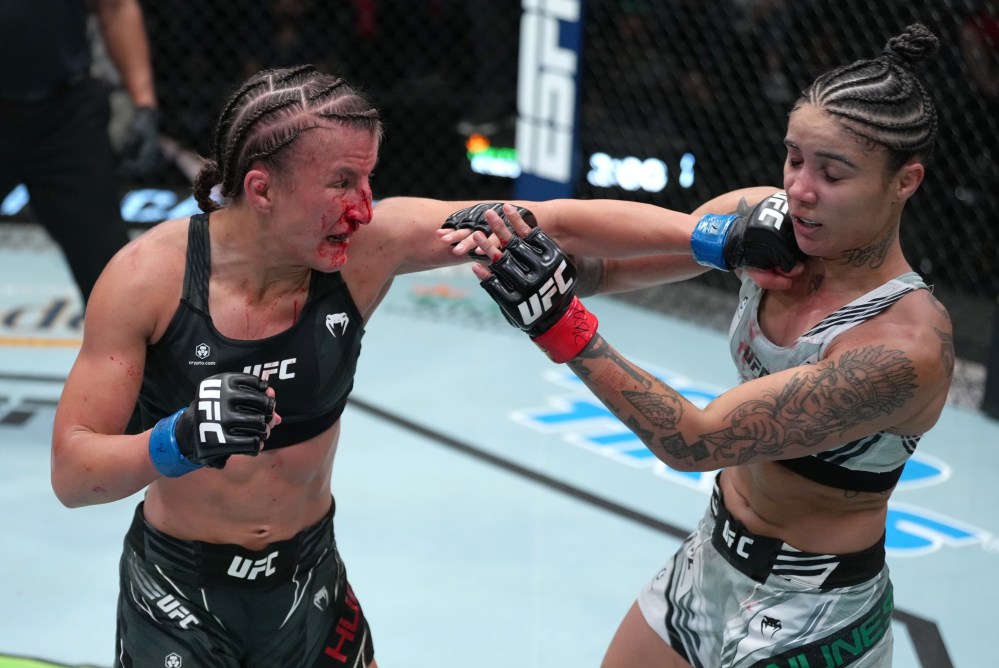