George, “Goze,” the fighters, and the troops.

Yeah! OK, so waking up at 4:30 a.m. ET (that’s 1:30 PT for my body clock) for a 5:20 departure, I definitely misplayed my hand the night before. It was rough. But I was SO pumped. It had almost been three years since our last morale visit, and I was ready to get going. So were the guys.

First stop: PT with AIT. Basically, soldiers working out in the cold. It was an earlier start than that December 2018 trip, but not as cold. But it was cold enough. King Mo got one pushup done and then tapped out. His hand almost froze.

The young soldiers weren’t having it, though. Shoulder rolls, sideways pushups, bear crawls, sprints, and a bunch of other exercises. NO PROBLEM. All of them finished what they started, rooting each other on, rallying the ones a tad behind. I absolutely loved it. That was amazing teamwork. I remember that drill sergeant’s voice and strut vividly. No way I’d piss him off. I was more scared of him than Hendo.

We then spoke with them for a few mins, took pics and then continued our morning. But now we were fired up. Who was going to complain about an early start after flying when these soldiers are going through this workout in the cold and in boots?!? Oh yeah, did I mention the heavy equipment they have to carry around too? But guess what: These are the same men and women I want around me if I ever have to take on an enemy. Salute to them!

From there we went to DFAC for breakfast with the soldiers. You always wish you could sit and talk with all of them, but you just can’t. There are hundreds in there at a time, and the best you can do is thank them for their decision to join our country’s military. Each and every one of them matter, and they need to know that.

Our next stops were 128th Aviation Brigade and then the Police and Fire House. Both units showed us around their respective buildings and we got to learn a little about each one.

Not everything went smoothly on base. Now, I don’t like to put people on blast, but let’s just say one of the fellas got in some trouble and I had to pull some strings, which basically meant calling Nina, to get us out of this pickle. We hid his physical identity, but in an effort to be somewhat transparent, all we can say at the moment of this story publishing is that the gentleman in question went by “Eric. N.” 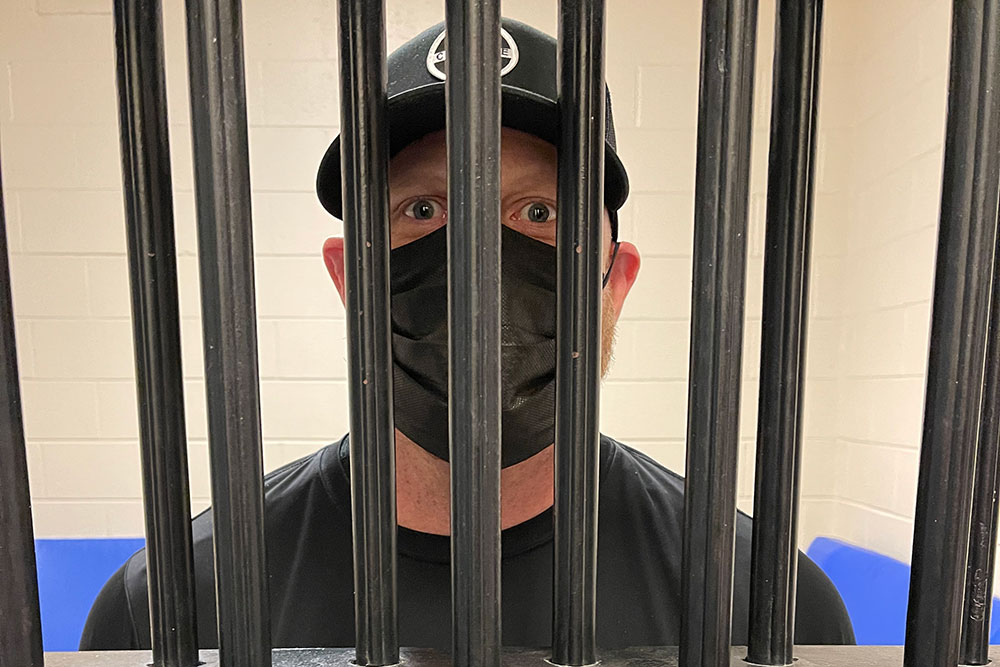 Our next stop was a nice lunch with the leadership of the base. Nina introduced us to Col Thigpen (733 MSG Commander), Donna Fontes (MWR Director) and CSM Huell (733 MSG Senior Enlisted Advisor). Also present were Daryl Davis (MWR Deputy) and Anita Trompeter (Operations Chief). They thanked us for coming out and also answered questions we had. We then introduced ourselves and shared our thoughts on what we had seen so far and what we were looking forward to. For a few of the fellas, this was their first trip onto a military base, so they were learning a lot.

The afternoon then started with a stop at the Mathew House and also a Civil War key point. The guide was phenomenal. His name was Dr. Chris McDaid, an archeologist. The Mathew House is the oldest house in the USA owned by the Department of Defense. We had seen that house from the outside on a few of the past trips, but we had never gone in. Construction on the house began (1727) before we officially became a country in 1776. So the house is almost 300 years old.

The next location was tied to one of the pivotal points of the Civil War, which led to the Emancipation Proclamation. I wish I had retained a bit more from that, but we were next to a river and the wind was howling. The key point from the story he shared had to do with African-American soldiers who escaped from the Confederate Army and enlisted in the Union Army. That subsequently led to 180,000 African-American soldiers also enlisting and helping the North defeat the South.

Next up were stops at MITD simulators and 128th simulators. Boats and helicopters. Let’s just say none of us are close to being able to fly a helicopter, but I did learn that Dan Henderson could dock a 200-foot boat. Took him a minute, but he got it. 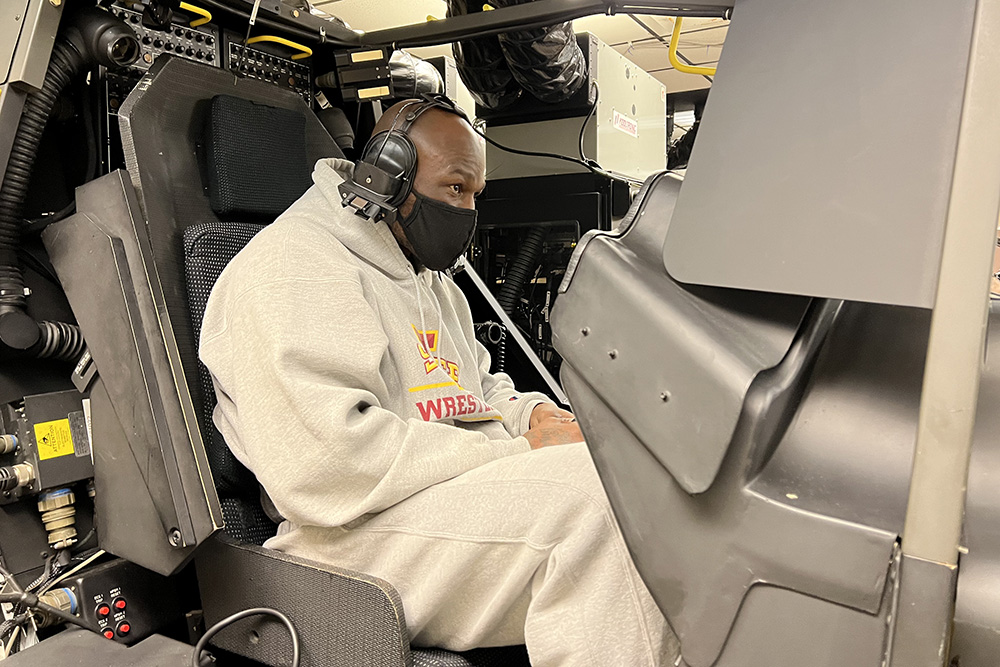 After a full day of stops, we finally had some time to wind down back at the hotel. I was pretty exhausted. I elected to stretch, power nap and shower, then it was off to bowling. This was fun because we had a chance to exchange pictures and recap the day’s events. But little did I know that even a friendly game of bowling could get competitive. Now I know many of you are curious as to who was the night’s outstanding bowler across all three games. Here are the scores:

Special shoutout to Col. Clayton for showing up to hang out. We met him on previous trips to JBLE, and he even came out to Las Vegas before.

Is anyone picking against Cris Cyborg? – Boxing.org

Is anyone picking against Cris Cyborg? - Boxing.org