Muhammad (21-3 MMA, 12-3 UFC) entered the UFC’s official top five welterweight rankings after avenging his loss to Vicente Luque in this past Saturday’s UFC on ESPN 34 headliner. He proceeded to call out Covington (17-3 MMA, 12-3 UFC), and Florian thinks that would be the better matchup for him over Burns (20-5 MMA, 13-5 UFC).

“I think he matches up better against Covington in my opinion,” Florian said on the “Anik and Florian” podcast. “I think that’s a better fight for him, and obviously he would like to fight him, as well. I think Gilbert didn’t lose a damn thing after that Khamzat Chimaev fight, and I think he deserves a guy like Belal. Why not?

“I think it’s a tougher fight for Belal. I think you know the way that Gilbert is fighting and the confidence that I’m sure he got after that Khamzat fight, I think that would be a fantastic fight. Don’t know exactly which way it would go, might give a slight edge to Burns right now.”

Burns took unbeaten Chimaev to the brink at UFC 273 but was ultimately outlasted. Although the former title challenger lost, his stock only increased after forcing Chimaev to dig deep in a “Fight of the Night” slugfest.

With UFC president Dana White claiming that Covington vs. Chimaev was the fight to make even prior to UFC 273, that’s the direction Florian thinks the UFC will end up taking. 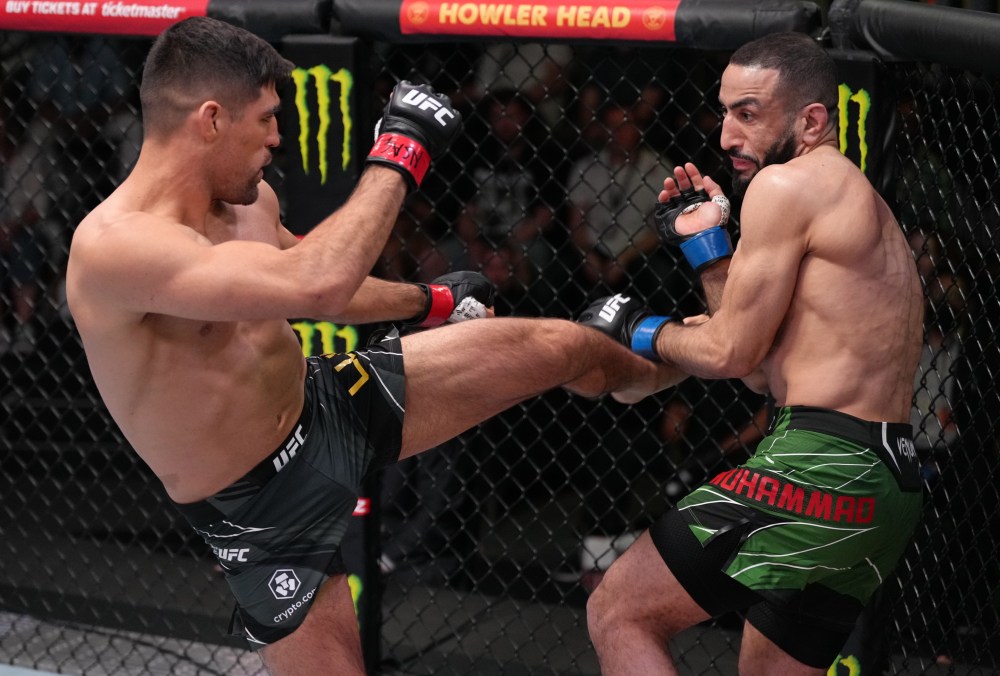