A battle between lightweight prospects is in the works for February.

Arman Tsarukyan is expected to face Joel Alvarez at a UFC “Fight Night” event Feb. 26. The card doesn’t yet have an announced venue or location.

MMA Junkie verified verbal agreements are in place for the bout with two people close to the situation. They requested anonymity because the UFC has yet to make an official announcement. Igor Lazorin first reported the news.

Since dropping his promotional debut to lightweight contender Islam Makhachev, Tsarukyan (17-2 MMA, 4-1 UFC) has won four straight. The 25-year-old is coming off his first UFC finish, a “Performance of the Night” TKO of Christos Giagos at UFC Fight Night 192 in September.

Alvarez (19-2 MMA, 4-1 UFC) has also won four straight since dropping his UFC debut. The Spanish fighter has finished all 16 of his pro wins and is coming off back-to-back stoppages of Alexander Yakovlev and Thiago Moises – missing weight for both bouts.

With the addition, the UFC Fight Night lineup for Feb. 26 includes: 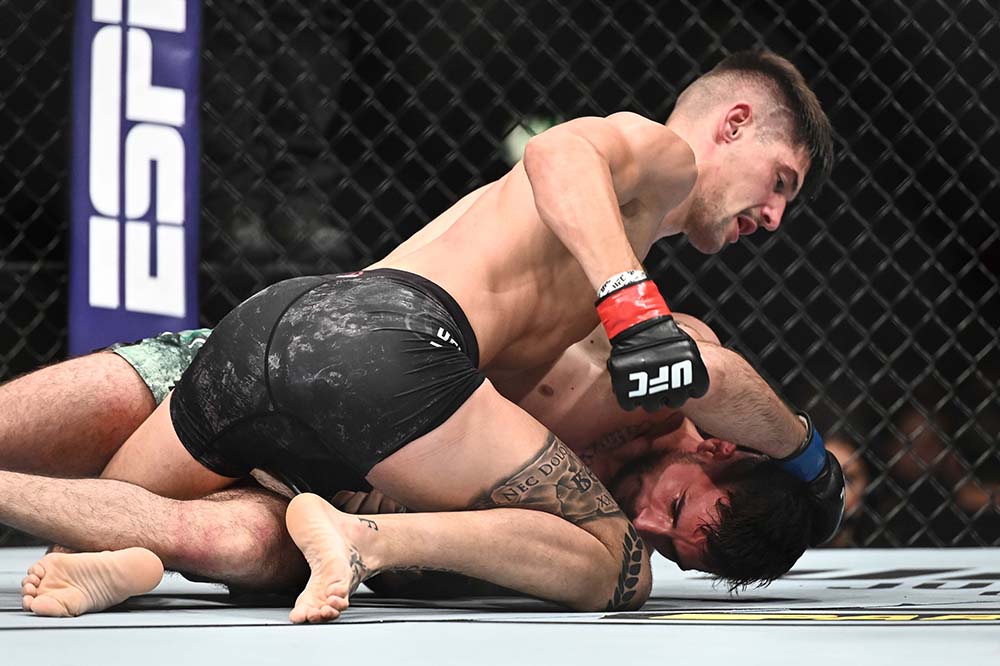