“I really want to keep improving my game, to keep developing. I want to be able to now face a top 15 fighter – to get into the rankings. That’s what I want. I’m 2-0 this year. I just got my second UFC win. My first fight of the year, I fought a very tough opponent – Poliana Botelho, and I took that fight on less than 15 days’ (notice). This time, I had three opponent changes (and) I accepted all the names the UFC sent to me. So now what I really want is to have a full camp and face someone being fully prepared.”

To hear extra from Carolina, try the video of the total post-fight interview above. 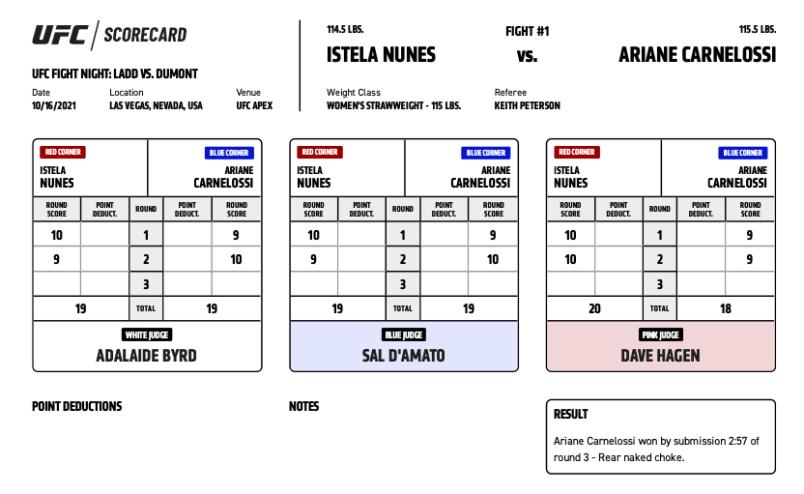